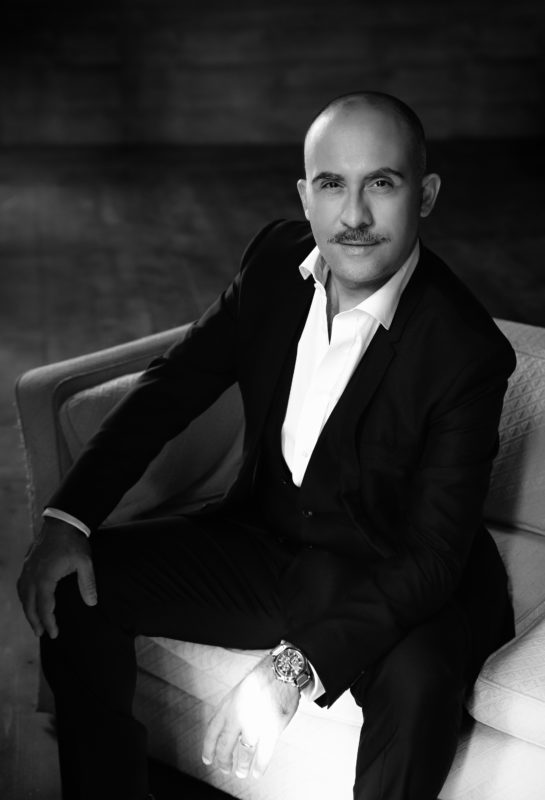 GaZ and the Sublime Pleasure

“No one can take away what you danced“ says an Argentine quote. Skimming GaZ Blanco’s portfolio, this apparently inappropriate popular sentence assumes an explicit meaning, so that you could replace the verb or at least add one more: what you ate, what you sang, what you observed, what you smelt, what you gave with your smile. Every word reminds to the internalization of a feeling that would be lost forever if it wasn’t enclosed in the bundle of memories.

Whatever is the subject to grasp, the visual result of his story comes from the feeling of pleasure itself and from the ability to capture it. Dancing pictures, thoughtful musicians, food prepared by “alchemist” cooks, enchanted places. Everything goes back to the archetype of pleasure. Yet, whatever the context is, it is not pleasure itself the main character, but the refinement that is expressed in attention to details.

The photographer, “reading” shapes, through the light, tells how an architectural concept, a landscape, a real architecture or a scenic design can enclose within them a musical thrill. Conversely, the musicality itself, which is inherent in the objects or in the actors of a scene (people or things), can be enhanced by the composition of the elements that he decides to put inside a photography.

The details of pleasure, like musical notes, are recreated in pictures, instinctively, by a mind with many skills that are the result of his professional and artistic experiences: the rigor of the musical form in fact, practiced as a self taught musician and a singer first and then as an architect, through the patient filter of design, characterizes his approach to photography.

A man and a woman in a tight tango give shape to a distant music, but so easy to imagine that it seems to feel the sound in your mind. They dance, regardless of being photographed, while the sure hand of him holds the back of the girl. A single fragment of their bodies gives light to a love story which was born a long time before that photo. A heel hovering around pushes the imagination to the next dance step, in order to be part of that picture and join the movement. You find yourself immersed in that scene, captured from the red line of the pleasure of moving, guided by an unknown melody.

The artistic versatility of the photographer is an additional resource to add a note of authenticity to a scene. His experience as a self taught musician creates an empathic bridge with those who bring music on a stage, whether it is a theater, a stage under the sky or a road. The result are images that give immortality to that moment when the musician, fused with his own instrument, forgets himself in the act of giving himself totally to the public. An image that has no sound will never describe a voice, but the intensity and the powerful sweetness are expressed by gestures, glances and proxemics of someone who that voice is giving life.

The dishes prepared by expert “Mani di Chef“ delight the look that is satisfied, almost regretted, by shapes and gestures without being able to enjoy such beauty, if not through the sublime aesthetic experience of observation of those forms and those gestures. The observer will be captured by the magic of the context in its simplicity. The passion transmitted by the kitchen brigade in action tells about the commitment and dedication in the implementation and development of the culinary creations.

And what is haute cuisine, if not the sublimation of a primal necessity in a form of pleasure? So that food can also feed the soul, serving love, imagination or wisdom traditions. Hands, caught in the act of creating, become the emblem of them. They are firm, “eppur si muovono” also, in a harmony of shades from white to black.

Then there are the faces that tell about faraway places but also about universal feelings. These portraits, through the look of the photographer, follow the same thread: the happiness of living. At the same time the author captures even the most sad aspects of existence with the sensitivity that is characteristic of a reportage photographer. This is the result of his choice: to seek and underline the strength, the profound joy or maybe that drop of divinity that shines in each of us, even in difficult situations.

Whether he caress a portrait, an environment, a landscape or architecture, light is a fundamental element to give the same cut of sophistication to every shot. Its images technically born in color and are imagined in color by the photographer but it is often thestrictness in the form of the story that led him to choose black and white as “Leitmotiv” of narration.

White and black in fact is not an a priori stylistic choice, but a form of interpretation; often GaZ surprises us with stories that are only in color or with fragments of a b/w story that, by their very uniqueness and autonomy, necessarily have to be for him coloured.

Through his eyes you can re-see the reality, because often, we forget the beauty that surrounds us, we look without seeing, we record the optical information to our limited purpose and nothing more. Gaz “forces” us to remember how colorful and bright the world was when our eyes were those of children.

Born in Puglia, Castellana Grotte (Ba), GaZ is an Author of Photography, specializing in documentation of Architecture, Art and Design and in reportages of events: Tango, live music, performing arts, cultural events, visual food reportages. He is graduated in Architecture and Urban Design at the Politecnico di Bari, then specializing in Landscape Architecture at the Politecnico di Milano, and Ho.re.ca. Design at PoliDesign Academy. http://www.archilovers.com/archibianco/

GaZ Blanco’s research in photography, documented on www.flickr.com,  is focused in the field of the inseparable union between Architecture and Music, and has managed to get some significant acknowledgement: the most important of these is the publication of some of his photos in a book by Beatriz Dujovne for the types of McFarland & Co., Inc. Pub. (USA) entitled ”In stranger‘s Arms”.  Besides, his image “The age of a hug” has been inserted in the review of the book on the website Todotango.com.ar, the most important compendium on the history of Argentine Tango in the world.

In June 2019 He received an honorable mention in the “Press | Performing Arts” category of the prestigious  “Px3 | Prix de la Photographie Paris” Award for the picture with the title:  “ These are !!!NOT!!! two tango dancers… An history of light” that summarizes is research around Music, Movement and Architecture.  In September his photo “Butterfly” won the Gold Award in the “Press | Performing Arts” Category always at Px3 2020.

He has gathered acclaims from publishers and authors of books (Dulio Roberto, who wrote a monography of the Brazilian architect Oscar Niemeyer, Beatriz Dujovne, psychologist and scholar of the cultural phenomenon of Tango Argentino), mainly due to photographic production related to Argentine Tango, Architecture and Landscape. See his page on www.flickr.com

“The Color of the Hearth – Homage to Aldo Rossi “(2018) | Quartier Schützenstrasse | Berlin (D) | Architect Aldo Rossi | Included in the essay by Prof. Nicola Parisi in the book by Prof. Loredana Ficarelli edited by: Marianna Calia and Marco Veneziani, for Edizioni Libreria

“Cà Brutta in Via Moscova (Milan),” | Architect Giovanni Muzio | within the volume: “Architecture in the Twentieth Century: Modernity and Continuity” 2010 | Jean-Louis Cohen, for Thames & Hudson (UK).

His photos of Argentine Tango in 2011 are published in the book entitled: “In strangers’ arms – The Magic of the Tang” | Author Beatriz Dujovne | McFarland & Co Inc Pub (U.S.).

January 2012 | “Divino Abbraccio” – Senigallia (An) | Solo Exhibition “Oltre gli occhi” […] is Tango building, through images, a path that “tells” the feelings of a “milonguero” approaching Tango.

June 2010 | Palazzo Marino and Piazza della Scala di Milano | XXth Anniversary D&G Man | Exhibition on the history of Milan – The picture with the title: ”L’Ospedale Maggiore di Milano del Filarete”, realized in 2008 was selected from Dolce & Gabbana Maison and exhibited in Milano in occasion of their twentieth anniversary; the image was inside a multimedia installation celebrating the history of the city that gave to the stylists the occasion to become famous all over the world.

Self Taught Musician and vocalist in various choirs in Italy, has realized two CD recordings (“Level One”, with the Wanted Chorus and “One, two, three, four – Vol 2′′ with the italian band “Matia Bazar”) Giuseppe Bianco takes part as one of main characters in the show “Gospel Dream” original musical written and performed by Wanted Chorus with Savino Zaba as the narrator (1998) and participated as a vocalist in concerts all over Italy (Bari, Taranto, Piacenza, Milano, Castrocaro, etc.) and abroad (Krakow); he was singer of “Italian Gospel Choir”, a F.i.r.m.a. project (Italian Federation of Music and Art Research) whose was also the official photographer